Well we have officially made it through Round 5 without a fever! This is the first time we haven't had a readmit for a fever following a round of chemo, since the beginning.

Drew's protocol consists of 53 weeks of chemo and radiation. Every 3 weeks (21 days) he is inpatient for a round of chemo. For the first 13 weeks he also received chemo at home on the off weeks. Almost every round so far has consisted of a different combination of chemo meds. He usually starts puking on day 2 and just when it would start to let up he would get that next dose at home and would start puking again for another day or two. Then every time his counts would drop he would start puking again. For those of you familiar with the movie "Stand by Me", it has been a total barf-o-rama at our house.

Well, round 4 finished up 2 of the nastiest make you puke meds, so we couldn't believe it when during round 5 he only vomited 2 times total at the hospital! Then he didn't have to get the 2 extra doses of chemo at home on the off weeks either. We did have a couple of days when we knew his counts were bottoming out and he started throwing up a lot for 2 days straight. We held our breath as I thought for sure a fever was coming on, but he pulled through it and bounced right back and his counts started to recover and no fever admit!

We still made several trips downtown for blood and platelets, but it has been so nice to be home for 2 weeks. Drew has regained so much strength and he and Brooke have had so much fun playing together again. We were even able to start some physical therapy this last week too.

He will start Round 6 on Wednesday. This is our second time actually starting on time with no delay due to his counts being too low. It goes so fast when each round starts every 21 days and then 5 of those days consist of chemo, so it really feels like it's every 2 weeks.

Pictures from the last few weeks... 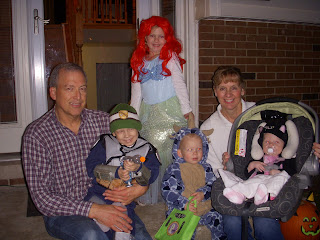 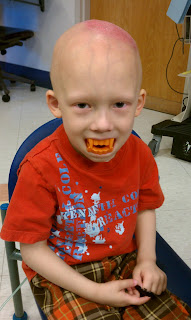 We had to go get a platelet transfusion on Halloween, but we got there early enough that we were able to make it out in time to get home for trick or treating. Here's Drew with his scary monster teeth that they gave him at the hospital. 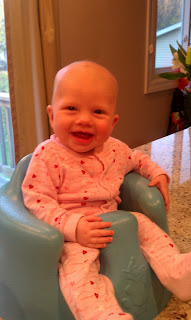 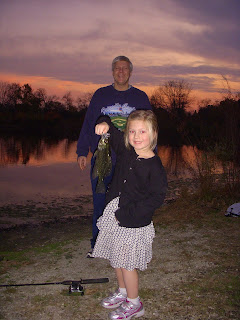 We had a beautiful warm fall evening the other day and my Uncle Scott called and said that he and my cousin Matt were thinking about going fishing and wanted to know if the kids were interested. The unanimous reply was, "YES!" We even caught a few big ones! 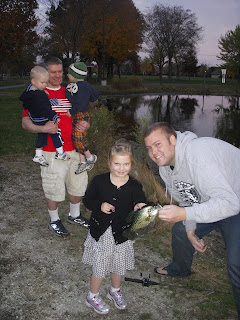 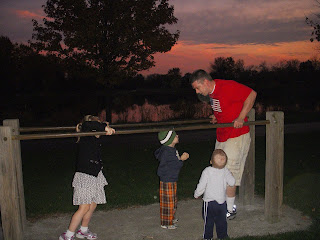 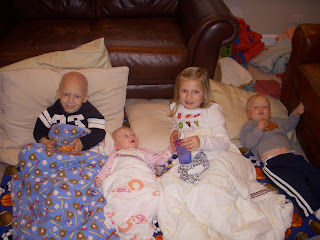 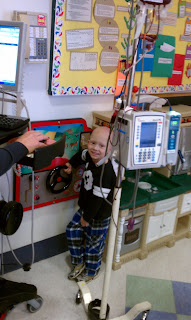 We had to go get blood the other day and no matter how hard we try, we always seem to get out of there just in time for traffic, so it has been taking us 2 hours to get home lately. Luckily Drew usually catches a nap, so I try to enjoy the quiet while I can, even if it is in nasty, bumper to bumper late Friday afternoon traffic.

Drew has been doing so good at the hospital with everything lately. He has made friends with the doctors and nurses and allows them to do what they need to do without putting up a fight at all most of the time. I’m sure not feeling so sick is a big part of it, but he has been just going about his business playing and having fun. 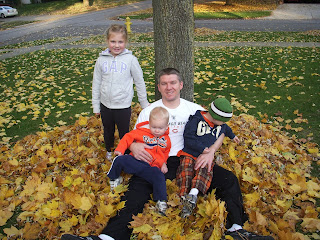 It has been so nice to be able to spend some time outside and enjoy the beautiful fall weather. 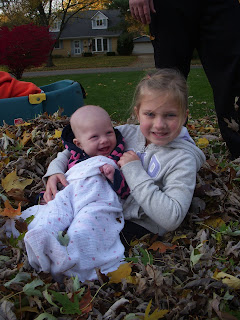