We have been busy with everyday "normal" stuff! 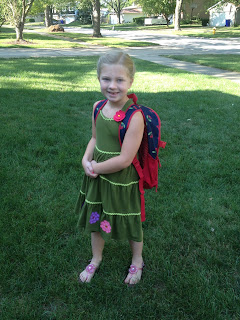 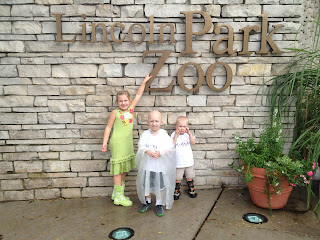 It rained the entire day, but we didn't hear one complaint from the kids.  In the past, I would have never even thought about attempting an outdoor event with 4 kids in the rain.  Now, my perspective is so much different and we had so much fun wearing our rain boots (snow boots for Dallin b/c he didn't have any rain boots that fit, but he didn't know the difference) and splashing in the puddles!  It was the best day ever at the zoo! 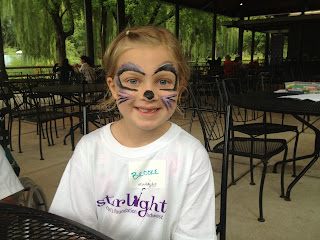 Brooke had her face painted like a cat & Drew opted for Batman on his hand. 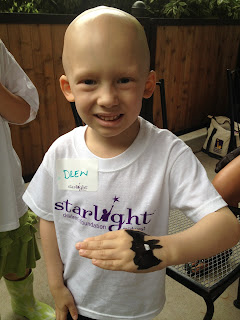 Dallin is obsessed with King Kong for some reason, so he loved how close you could get to the gorillas. 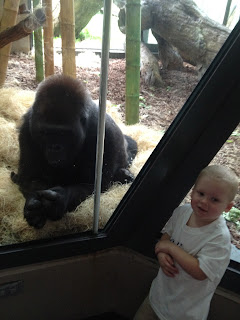 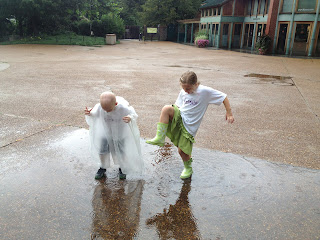 "Life is not about waiting for the storm to pass.  It's about learning to dance in the rain." 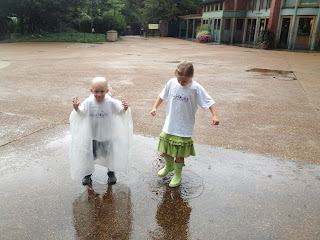 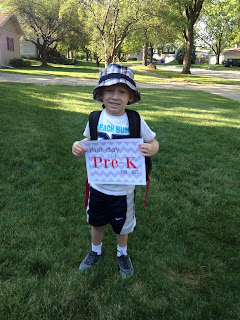 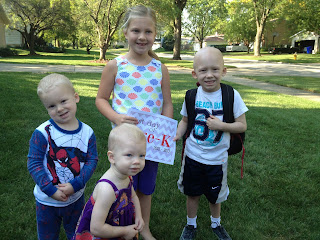 Drew's cousin Blake is in his class and they are having a blast making up for lost time. 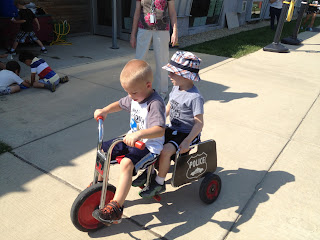 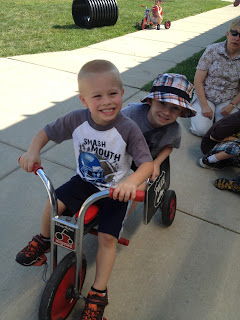 The weather has been nice enough that we have been able to make it out to Randy's football games.  His sophmore's are 3-1, so we've had some exciting games. 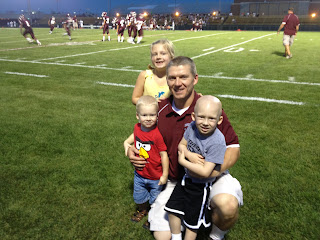 Had to capture a picture of my first outing by myself with all the kids.  I had to run to Costco to pick something up.  I fed them all before we left to avoid them wanting everything in site and then being stuck with 10lbs of that everything, but they couldn't resist a hot dog.  Luckily they were all very well behaved, even receiving compliments from people around us! 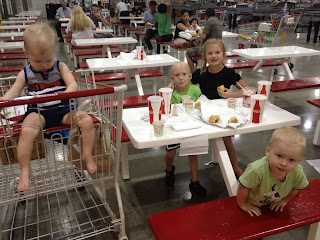 A week and a half ago we had our monthly neuro-onc appointment which included blood work and then an IV antibiotic that Drew still has to get once a month for 4-6 months to prevent community acquired pneumonia.  The appointment part went great and Drew has gained 2.5lbs and grown an inch.  The actual IV part, not so great.  He has gotten so strong that I couldn't restrain him on my own.  It took 2 nurses to hold his arm and get the IV in, as I fought the rest of him.  It was awful.  He cried, kicked, screamed, bit, scratched, and pinched.  I knew it was going to be bad, but not that bad.  I was in tears.  We were both sweating from our wrestling match and crying as I tried to calm him down.  They hooked up the antibiotic which runs over 2 hours.  Just as he was calming down from his rampage, his tears and demeanor turned more sad than mad.  I asked him what was wrong and he gave me his sad eyes where I know it's because he's sorry for something.  He said he was sorry for how he behaved. More tears.  I told him he it was ok and he didn't need to feel bad and it was ok to be mad about it or scared because he didn't know what was happening.  He was clearly exhausted.  As I got him comfortable to rest, I noticed that his hand was wet.  Yep, the IV was out.  Now we had to do it all over again. 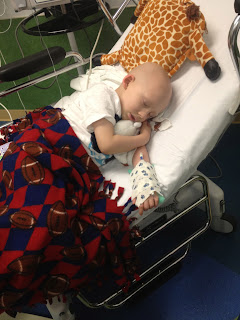