We started round 15 of chemo on Wednesday, June 13, 2012.  This round was a repeat of the last one, but started with anesthesia and an LP for intrathecal chemo.  It was our first trip to the new hospital and boy was it nice! 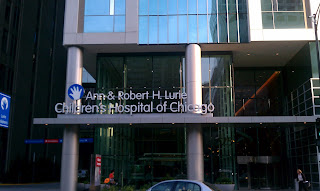 Huge whales over the escalators in the entrance lobby. 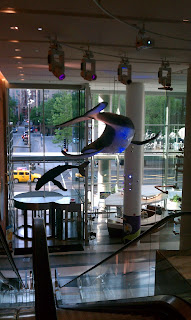 View of Lake Michigan and all the boats.  With these kinds of views, now we just wish we were out there! 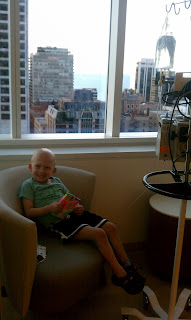 At the old hospital, we were never allowed to leave the hem/onc floor.  Now since they built this beautiful new hospital with all of this wonderful stuff for the kids to enjoy, we are allowed to leave on a limited basis.  We would just wait until the evening when the hospital was empty and then go exploring.  Each floor has an animal theme and Drew would pick a few to see every night. 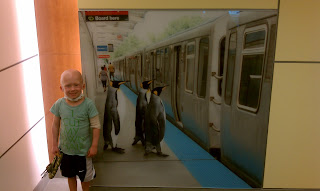 The 11th floor has a Bamboo garden and Sky lobby with an awesome view and these cool rocks and logs to sit on. 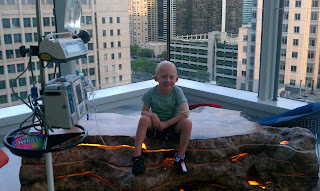 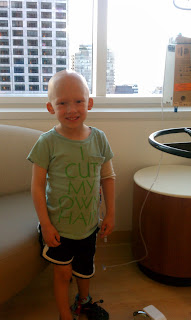 On the 20th floor there is a shadow play wall.  If you hold really still a butterfly will come and land on your shadow. 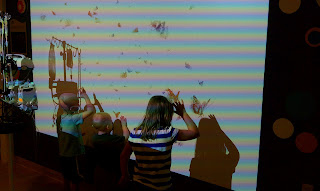 The 12th floor has an actual firetruck that the kids can play on.  The back is even open and tall enough that their IV pole can fit inside, so they can go in and play. 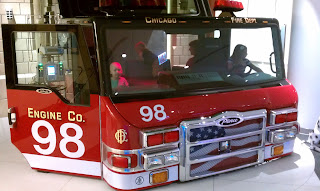 This was a 3 day, 2 night stay with our own private room finally!  It was so nice to not have double to amount of nurses coming in and out of the room or double the amount of IV pumps beeping.  It's kinda crazy to think of the amount of sleep lost over the last year due to the accommodations we were in.  I think this might have been the first time I have slept more than 30 minutes straight at the hospital.   We left on Friday, June 15, 2012 and then finished up with 2 more days of chemo at home. 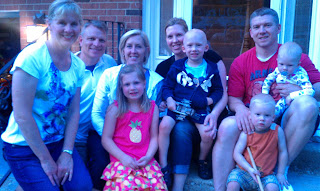 We finally got the yard finished and ready for the swing set.  It was my dad's last free weekend for a little while, so while he was hoping for a cooler day, they decided to just get it done. 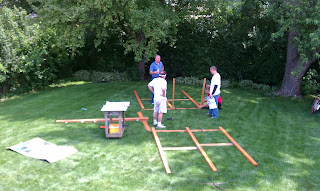 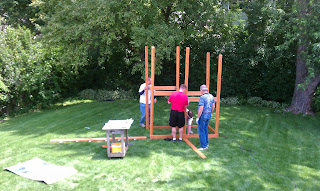 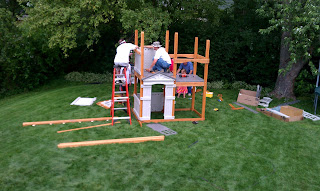 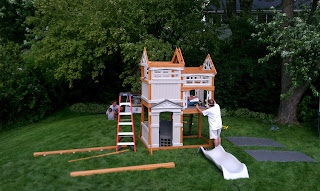 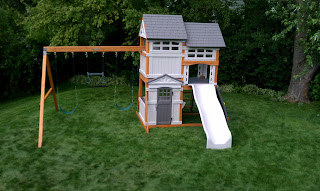 A bunch of happy kids! 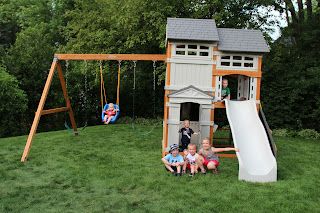 A special thanks to everyone that helped put it together and to Bear Necessities Pediatric Cancer Foundation (along w/ 2 wonderful sets of grandparents) who granted Drew a Bear Hug wish and made it possible for us to get such an awesome swing set that all of our kids will enjoy for many years! 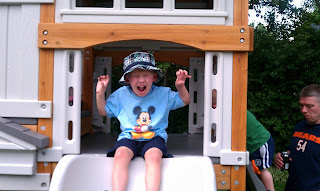 Drew's platelets have been hit hard these last couple of rounds and have been dropping a lot faster than they were previous rounds.  We were back on Tuesday (June 19) for platelets. 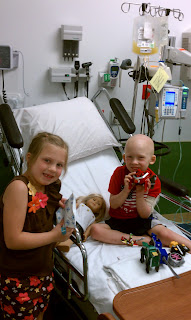 Brooke was excited to come with and see the new Ambulatory Infusion Center (AIC) (previously the Day Hospital).  She especially liked the new TV and all of the on demand movies. 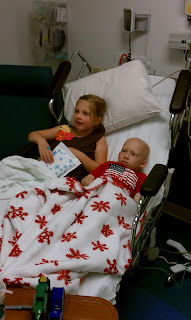 After being there Tuesday, we had to come again on Thursday (June 21) for both blood and platelets.  The views are incredible, (although, the cell phone service is NOT).  This was the view from our own private bathroom. 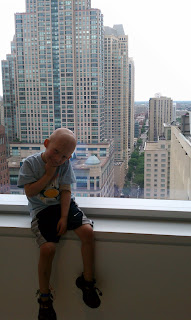 My Uncle Brent & Aunt Janette called while we were at the hospital and they had just arrived from Utah and their hotel was just a block away from the hospital.  They came by to visit and granted Drew's request for some Garrett's Popcorn which is just around the corner now! 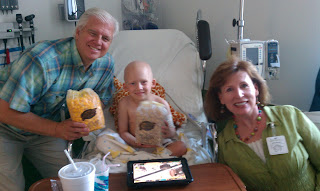 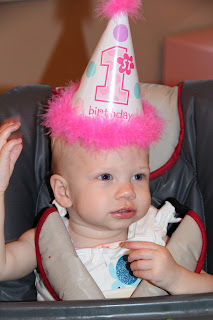 We were so happy to all be home together for her birthday and had some cupcakes to celebrate.
She got a new wagon and all the kids wanted to ride in it! 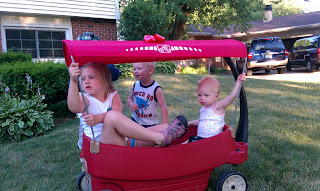 On Monday (June 25) we were back at the hospital for more platelets.  Drew wasn't too happy about having to go AGAIN, so he wanted Blake to come with.  We showed Blake around the hospital and I'm pretty sure he loved it!  You should have seen his face when Drew went to get a toy from the treasure box and the nurse asked Blake if he wanted one too! 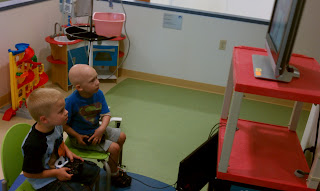 In the playroom at the new Infusion Center.

By the look on Drew's face, this video game must have been pretty intense. 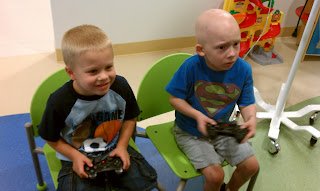 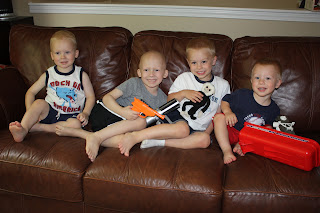 And finally, we have officially made it through round 15 WITHOUT a FEVER!  Days 10 through 14 of each round are full of anxiety as we sit and wait as his counts drop to 0 and we sit in fear of a fever hitting at any minute.  But he has pulled through and counts are on the rise and we are past the scary part!  We now have a whole week off where we can actually leave the house and be in public (kinda).  We will start the next round on July 5th, which leaves us home to enjoy the 4th!  Happy 4th of July!
Posted by Debbie and Ryan at 5:42 PM