It has taken me awhile to get this post up about round 16 because sometimes I feel like I don't have the energy to even think about all that we do!

Round 16 didn't start until July 5th, so we were able to enjoy the 4th at home and while it was very hot, we had a great time with lots of family in town. 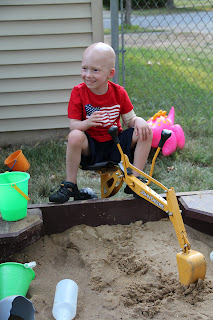 Some of the cousins lined up waiting to do fireworks! Kelsey never makes it for the fun, she was in bed, but here's the rest of my kids and my 2 sisters kids.  That's a lot of kids and the oldest is only 6! 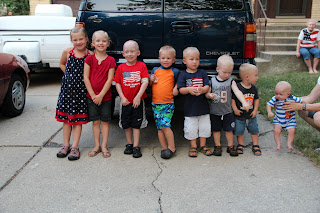 My mom & dad and all of their grandkids. 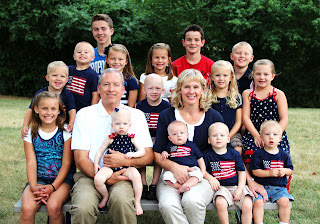 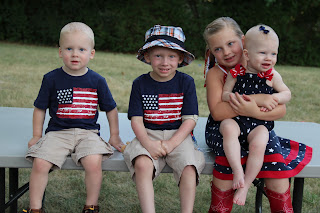 Randy's cousin Jason was back in town and able to come visit Drew at the hospital.  He's just a big kid and the kids love spending time with him. 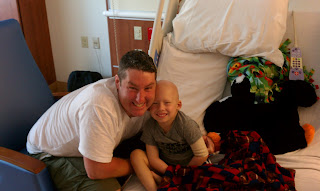 My sister Denise & her family were in town and were able to come check out the hospital too. 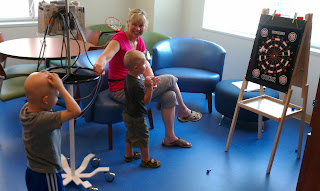 The playroom got a new magnetic dart board and Drew & his cousin Kaleb loved playing with it. 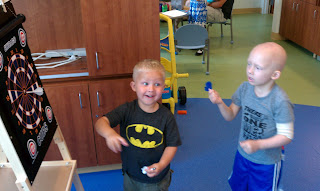 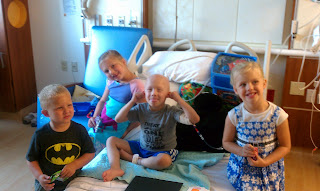 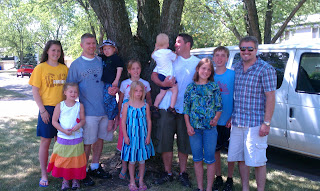 We were downtown for blood and platelets twice the next week after chemo.  In this picture you can kinda see where his bed is in relation to the chair where I sit and then there is usually a nice big window with a nice view.  This particular day, one of the volunteers came by with a book about Chicago.  It was called "Larry Gets Lost in Chicago".  Drew was excited to read it. 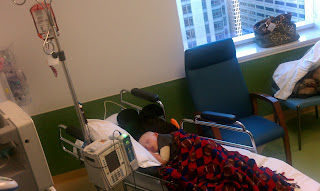 When we got to this page, I was explaining how these were all of the big buildings that we see down here all the time.  Drew said, "Yeah I know.  Those ones mom", as he pointed out the window behind me. 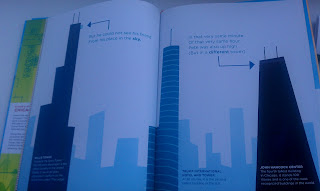 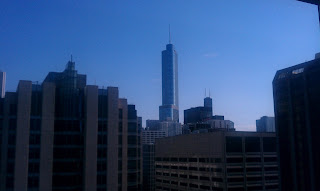 View from our window.  Smart kid. 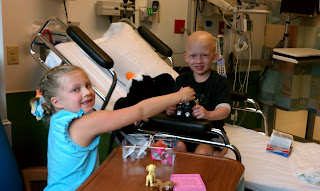 Just another day getting platelets.  Drew's latest thing has been wanting cotton candy, so here they are eating it.  I had to have a friend get some at a carnival near her house till I realized you can actually buy buckets of it at the grocery store.  I don't think we could get any lower nutritional value.  Which reminds me, he has been off TPN since the start of round 16! 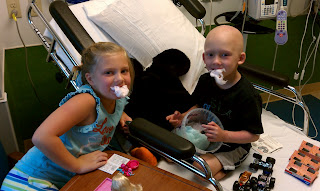 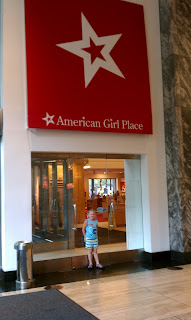 Danger lurks across the street from the new hospital with the American Girl store and the Lego store! 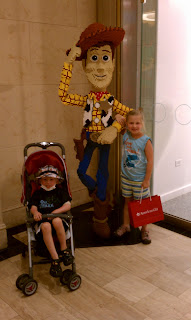 Drew did end up getting a fever after this round.  It was Randy's birthday, July 15th, and we were at Debbie's having a bbq sweating in 95 degree heat when Drew said to me that he was cold!  I took his temperature and he didn't have a fever, but he still wasn't acting great, so we left.  He fell asleep and slept from 7pm till 9:30pm and when he woke up he seemed better and still no fever.  I felt better that he was up and acting ok and thought maybe he was going to be ok.  I finally went to bed and remember looking at the clock at 11:57pm just before I closed my eyes.  Exactly 3 minutes later, right at midnight, Randy came in and said, "Dayna, Drew has a fever."  Sure enough 102.  So off to the ER we went for another all nighter. 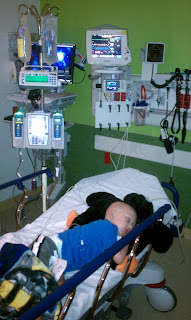 We didn't get a room until 4am, but luckily the fever only lasted 12 hours and by noon the next morning he was feeling better. 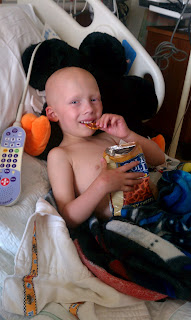 When the doctor came in on Tuesday morning, Drew said, "When can I go home?"  She came back about 10 minutes later and said, "Bye!"  36 hour stay - just might have been our quickest fever admit yet. 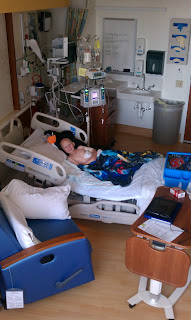 Once counts recovered, we did have a few days to get out and enjoy the warm weather. 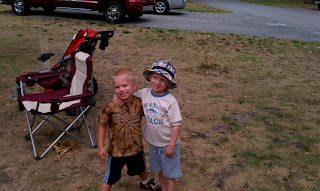 Debbie & Ryan and kids were camping at the Indiana Dunes, so we last minute decided to join them (or crash their party) and went for the afternoon/evening.  The kids had fun seeing what camping was all about and making smores. 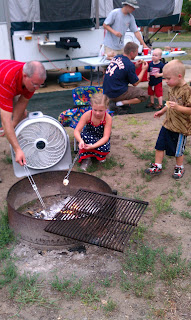 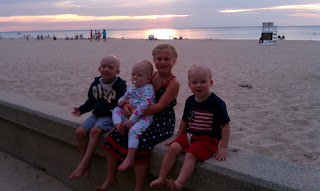 We stopped at the beach on the way out and let them play in the sand for a bit. 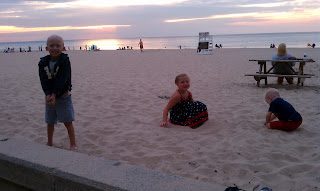 Then on Sunday, we were able to go downtown on the Odyssey boat cruise on Lake Michigan off Navy Pier with the Starlight Children's Foundation. 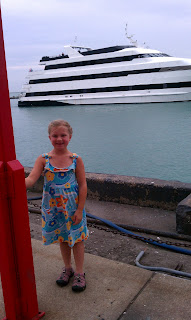 Drew was sure to find more cotton candy before we boarded the boat. 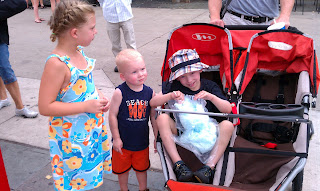 It was a lot of fun and we are very grateful to the organization that hosted the event and gave our family the opportunity to be together for the day having a great time. 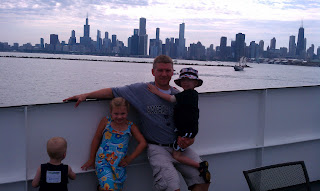 View of the city as we sailed away. 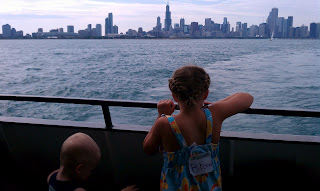