We are all doing well and having lots of fun this summer.

Drew just had another MRI 2 weeks ago and everything looks good.

Yesterday marked a year since Drew's last dose of chemo.  After missing out on 2 full summers the last 2 years after diagnosis, surgery and all through treatment, we are taking advantage of it this year and squeezing in all kinds of fun!

Drew turned 5!
We got his cake through an organization called Icing Smiles which is a nonprofit organization that provides custom celebration cakes and other treats to families impacted by the critical illness of a child.   They find a local baker willing to make a special cake for theme of the party.  Drew's party was an army guy theme and he was so excited when surprised with this amazing tank cake from Cutie Patootie Cakes & Cupcakes.  She did such an amazing job and it was the hit of the party!

Shooting guns at the farm 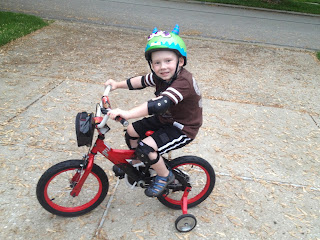 We really didn't know what to expect from this camp, but had heard it was great.  It is the only camp in Illinois for cancer kids that allows them to bring a sibling along.  This was the first year Drew was old enough to go and Brooke went along too.  I was a little nervous about sending Drew off to an all day activity everyday for a whole week.  When we checked in on the first day and they called out his group and counselor (they have an almost 1:1 counselor to camper ratio), his counselor was our good friend Brian!  We couldn't believe it!  We didn't know Brian was going to be at camp and he didn't know we were going to be there and the people in charge who paired them up had no idea that we knew each other!  Brian is a 10 year brain tumor survivor and he and his family are good family friends of ours from church.  To say this week of camp was the highlight of their summer would be an understatement.  It is sponsored by the Lombard Junior Women's Club and was absolutely amazing! 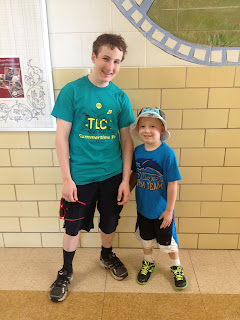 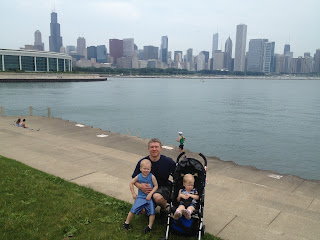 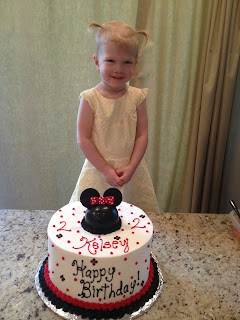 Another amazing cake for the birthday girl from Icing Smiles.  So special that each sibling gets to participate and receive a cake on each of their own special days.  This one was done by Ta Dah Cakes for Kelsey's Minnie Mouse party and was so much fun to sample all kinds before picking a flavor. 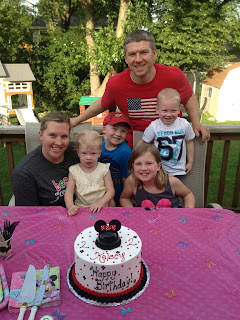 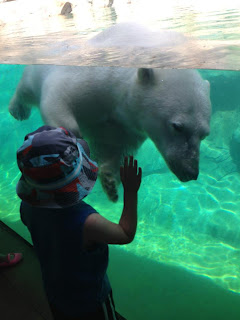 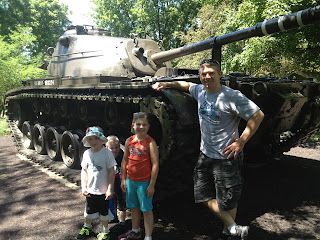 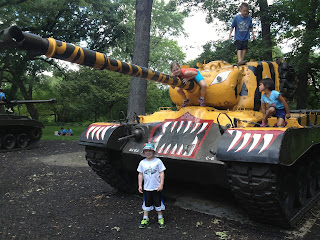 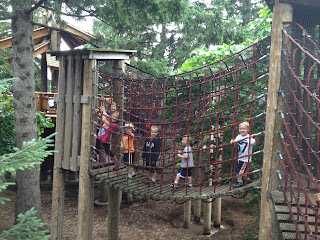 More fun at the farm 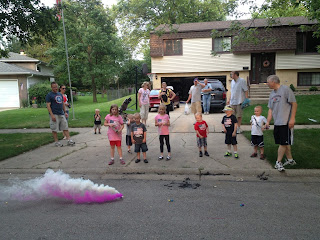 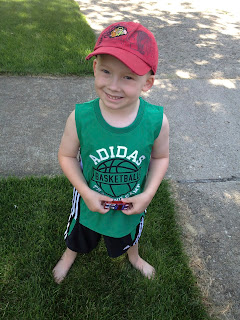 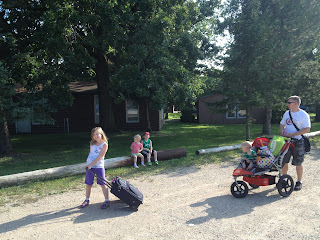 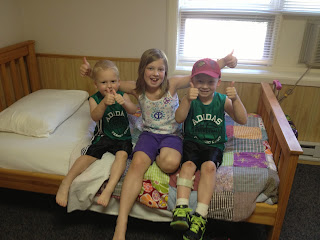 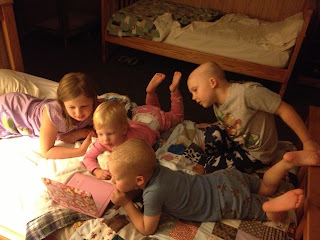 Visiting the hospital because my nephew Trevor broke his femur!

Summer's not over yet!
Posted by Debbie and Ryan at 11:22 PM