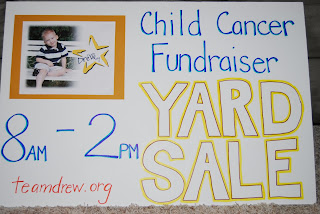 This is Drew's aunt and uncle, Denise and Brandon, from down here in good 'ol San Antonio. Last weekend was a pretty busy weekend for us. Many friends and neighbors came together to help us put together our fundraiser for Drew that was held on Saturday. We wanted to help Drew in any way we could so we decided on putting on this yard sale. About five weeks ago we set a date and then began asking around for donations of things to sell. It was amazing how many people wanted to help in any way they could. The donations kept piling in and our garage could barely hold them all. We knew our small yard wouldn't be a good location to hold this fundraiser so we began by asking our community HOA if we could have this sale under our community park pavillion. Even though holding fundraisers there was against the rules, they made this one exception since they were touched by Drew's story and they wanted to be able to help out. We are so grateful for them letting us use this area because I don't think we would have gotten as great of a turn out if it were anywhere else. We then realized that we had a huge job of transporting all these items and wondered how we were going to do it. We began by calling around to the moving truck companies and Penske was kind enough to donate one of their trucks to our cause. We couldn't have done it without their help.

We posted signs up all around the neigborhood, in our local online news, craigslist, the elementary school, and anywhere else that was willing to get the word out. We were worried because the forcast said there was a chance for rain. We've had the worst drought in San Antonio history this summer, yet the day we plan to put this yard sale together it was supposed to rain. Like my mom said, San Antonio was blessed with rain because of everyone's willingness to serve. Sure enough, the morning of, it began to rain. We didn't know how we were going to pull this off and we had so much stuff to set up. People were gathering in at 7am, in the rain, waiting for us to be ready. The sale wasn't supposed to start until 8am. Luckily so many friends were there to help us set up and brought tents, tables, and tarps. We were able to keep everything covered. It was a wet day, but the rain let up just enough for us to be able to pull this off. It was amazing how many people came. Tons of people just kept coming through. We were so busy, we didn't have a moment to sit or to eat. People came to donate more items to sell or to just donate money. One of the neighborhood girls showed up to volunteer her time. She held one of the signs that we made and flagged people down for hours. Cars were turning around to come check it out because of her hard work. Several friends of ours contributed by baking yummy treats to sell that were nearly gone before the day was over.

As things began to slow down, we took a look around and nearly everything had sold. What a blessing. We ended up exceeding our goal in the amount of money we raised. We were truly touched by the kindness and thoughtfulness of so many. We couldn't have pulled this off without the help of our wonderful community and friends to whom we are incredibly grateful. Everyone united together for the love of one little boy and miracles happened.
THANK YOU! 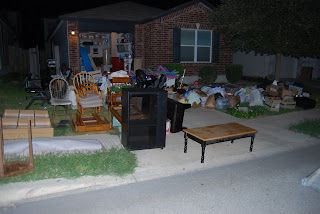 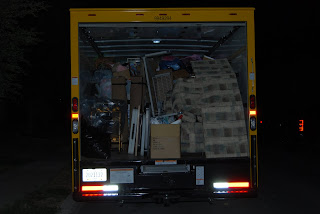 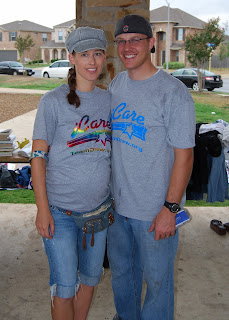 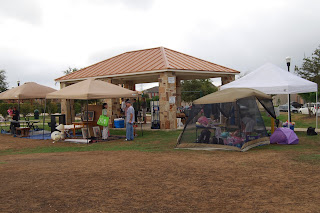 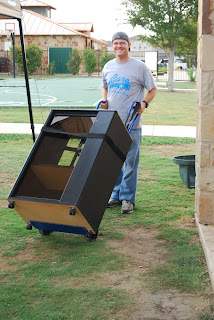 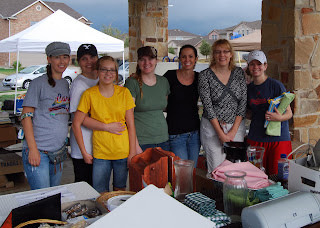 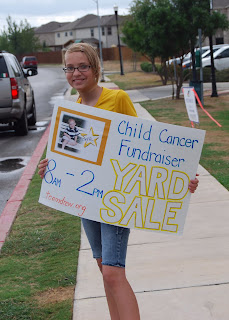 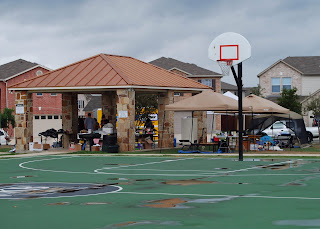 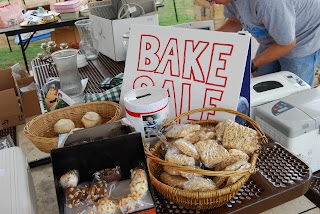 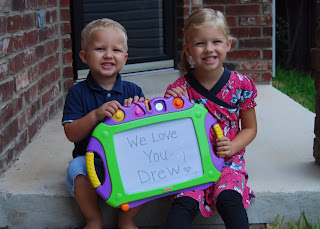