Today we started chemo. It was a long day. We arrived at the hospital early this morning at 8:30am. We got checked in to the clinic and they had to access his port for treatment. It is just a matter of putting a special needle into the catheter and securing it in place, but it was still very traumatic. After all, the site is still pretty tender from just having had the port put in less than a week ago. I just had surgery 2 weeks ago and if someone came near my incision with a needle, I would kick them too!
We were then taken to the procedure suite for Drew to be sedated because he had to be put under general anesthesia again because the first part of his chemo needed to be put in his spinal fluid through another lumbar puncture (spinal tap). Since he was going to be under, they also wanted to get a baseline ECG and audiogram. Some of the side effects of certain chemo drugs can effect the heart and hearing, so they monitor things very closely and adjust dosage accordingly if needed. He didn't wake up from all that until after 3pm and we were then admitted and got his next chemo meds started at 7pm. Since this medication can effect the kidneys, we were then told that while this med is running over the next 12 hours, he would need to get up and urinate every 2 hours. So from 7pm to 7am, all night long, every 2 hours he had to be woken up and taken to the bathroom! 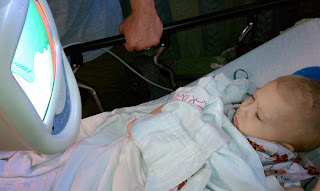 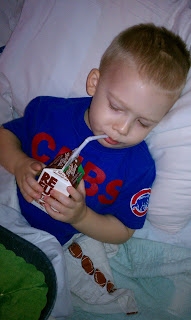 Drew hadn't eaten all day so after he woke up he had some saltine crackers for a snack. After chowing those down he quickly said, "I want chocolate milk and a hot dog!" So that is what he got! 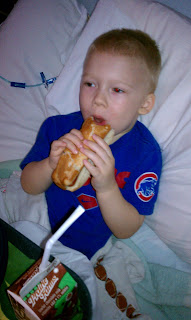 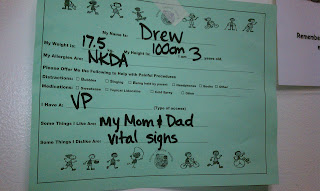 Notice in this sign the things that Drew dislikes... vital signs! The nurses figured that out real quick after being kicked, punched and scratched so many times! 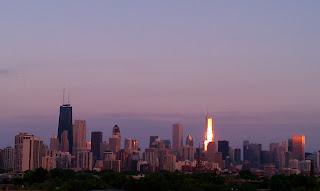 The view of the city from the parking lot as I left the hospital and headed home to spend the night. 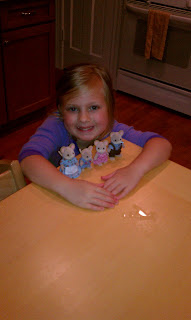 Drew picked out a toy from the treasure box to give to Brooke. She was so excited to get it!

I actually went home overnight to be with the kids and to be able to feed the baby overnight. Randy stayed with Drew and needless to say, none of us got much sleep. Drew has been nauseous and vomiting today and hasn't wanted to get up and around much, but he is handling it like a champ. He is staying entertained playing games in bed. His ipad came today and hopefully we can get some games up and running on it for him soon. They are trying to adjust his antinausea meds and hopefully that will help. They will start his next round of meds at 7pm tonight which will run over the next 3 days. 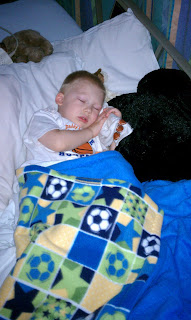 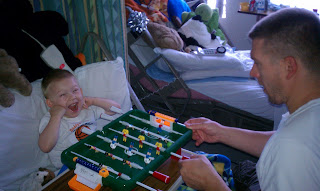 Here is Drew doing a silly face for the camera! He picked out this Foosball game from the playroom!
Posted by Debbie and Ryan at 7:42 PM